What I took home from Dattocon Paris

With trepidation and excitement, we began our journey to Dattocon Paris. I have visited Paris many times, however my colleague Sameer had not and was excited to experience a new city and culture firsthand.  It’s safe to say that we were looking forward to our first visit to Dattocon just as much as the family on our flight was looking forward to Disneyland!

On that note, while we traversed the Paris train system with a bare minimum grasp of French, I was delighted to meet Remy the Rat from the Disney/Pixar hit Ratatouille at one of the stations. At least that’s what I keep telling myself, he was more feral than I remember from the film.

It begins, we head down to the Con the moment registration is open. Within a few minutes we have registered with the very friendly enthusiastic Datto staff, and selected one of the 3 free T-shirt designs.

The first, advertising Datto’s introduction of dark mode for their RMM (Remote Monitoring and Management) solution, has Darth Vader welcoming you to the dark side. Despite not being a Star Wars fan, it was Sameer’s choice.

I chose the second option which declared “Talk Nerdy to Me”. Enough said.

The third, a play on the Paris catacombs, included skulls and the motto “Welcome to the Dattocombs”. As with everything Datto, it’s no surprise that their marketing is first class too.

Donning my nerdy t-shirt and ready to get techy, you can imagine how disappointed I was to find that the vendor area didn’t actually open till the welcome reception at 18:00, the first event wasn’t till 13:00. My enthusiasm would have to wait and with a few hours to kill we explored Paris and visited the Arc de Triomphe.

The welcome reception gave us the opportunity to meet several vendors including direct competitors to some of Datto’s offerings, such as Connectwise. We also spoke with Liongard, IT Glue, Inbay and Duo about some interesting MSP (Managed Service Provider) aimed products. These included but were not limited to, password management systems, remote managing and monitoring, email filtering and documentation systems.

A packed schedule was in place for the 2nd day. Starting at 6:15am with a 5K run! So of course, this meant we didn’t start our day till 8:00am for breakfast which was in the vendor hall. This gave us the opportunity to further talk to colleagues from other MSPs (the ones who survived the run or like us, gave it miss).

Next up we went to the Amphitheater for the true beginning:

It’s 9am and we have our seats near the front of this huge theater. On stage a DJ plays tunes while a countdown displays on the screen. It’s more like the run up to a rock concert than a keynote by a technology-based company. As you can imagine the anticipation is rising.

It begins, to loud applause. After some preamble we start to get to the nitty gritty; product announcements.

The first few points are improvements to the Datto RMM solution. We don’t use it as we use Connectwise automate instead, but what is displayed is slick and interesting. Features such as single sign on and full integration with the Datto Networking offerings.

We watch a demo of a technician going through the process of setting up and identifying a Datto wireless access point. It’s impressive how quick and easy the process is. I’ve tested one of the Datto AP’s myself and they are wonderfully straight forward. I would be interested to explore the network equipment further.

The following Datto announcement was agentless backup. Virtual machines can now be backed up without installing an agent within the actual operating system! This essentially means that backups of various servers or virtual devices that couldn’t be backed up before are now possible. The live demo consisted of 2 engineers using a virtual phone system live on stage, then taking the PBX (central phone management system) offline and bringing a copy of it back online on the Datto. It was a very impressive demo with no hiccups.

I also enjoyed the demonstration of Datto’s new Siris 4 private cloud feature. It was fantastic. If you have two Siris 4’s with each located at a different site, rather than backing up to the cloud you can back them up to each other. Or back one up to the other while that one still backs up to cloud. There are lots of different possible configurations, ultimately it means you are in complete control of your data and backups are a little more expedient.

Next on the agenda was ‘Introducing Datto Workplace’. Datto Workplace is a file sharing and collaboration tool. To paraphrase the presenter, it’s Datto’s answer to Dropbox. It was another good session, demonstrating how a user can recover files that are deleted or changed without the need to ask for IT to restore the files from a backup. It even has built in functionality to lock a file on the server when it is in use by a remote user outside of the office.

Following this was a blur of demonstrations from third parties. So much to learn. Of particular note was Auvik’s talk “how to keep client networks healthy and secure with deep traffic visibility”.

We heard from Robin Robins (her real name apparently), who’s a marketing consultant with a huge amount of success with IT companies and a proven track record to back it up.

The daily wrap confirmed just how much ground had been covered.

Between all this is a plethora of eating, chatting to engineers and employees from other support companies from around the world. There were companies attending from America, Germany, Iceland, Canada, Germany, Holland and even Australia and New Zealand. The distances people travel to attend Dattocon Europe underlines the importance of this annual event.

It wasn’t all business though. That evening we were treated to an enjoyable trip down the Seine on a fine dining boat courtesy of Webroot (Anti-virus) and Auvik (Network management solution). The food and view were amazing and so was the company. Sameer managed to videocall his family with the Eiffel tower lit up in the background, much to the delight of his daughter.

I checked out of my room and dropped my luggage at the concierge after spending a long time squeezing the copious amounts of free merchandise we received from vendors into my bag. This reminds me, the hotel was beautiful, and my room was on the 19th floor with a spectacular view of Paris.

Back at the conference, there were a few more lectures and panels on interesting subjects like promoting a healthy environment in the workplace. But no more announcements of note. Good job as my head was still buzzing from Day 2.

For this nerd, Dattocon Paris was over and it was time to say au revoir, till next year anyway in Berlin! On the flip side it’s bonjour to new products and upgrades, but officially welcoming them into our product portfolio will have to wait till we get back home. 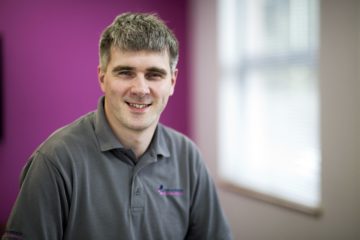 Each week The Press and Journal asks small businesses key questions. This week, they spoke to our founder Neil Christie who gave some very honest insights into how he got to where he is today. 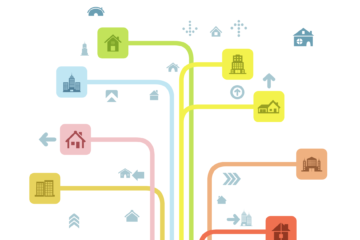 As a business, how do we address our employees’ inadequate home connection? And whose responsibility is its provision?

When you consider that a Gartner survey revealed that over two-thirds (74%) of companies plan to permanently shift employees to remote work after the Covid-19 crisis ends and that by 2025, an estimated 70% of the workforce will be working remotely at least five days a month., it’s clear that to sustain a successful remote working model while maintaining office level productivity, the question of acceptable home broadband quality must be addressed. 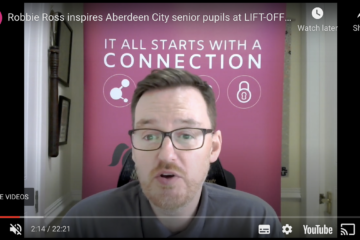 The sky really will be the limit for senior Aberdeen school pupils at a special event launched by a NASA astronaut. LIFT-OFF!, an event focused on hope, aspiration, and employment for the future, aims to change the narrative around young people’s future skills and jobs opportunities, and encourage them to aim for the stars.