IT company Converged Communication Solutions has struck a deal with Dundee Ice Arena to sponsor two curling competitions at the city’s sports venue over the coming months.

Converged, which provides Internet connectivity, telephony, IT support and cyber security services to clients across Scotland, will sponsor the Thornton League division one and Panmure Pairs competitions during the current season, which got underway recently.

The Thornton League sees eight teams of the region’s leading club curlers compete in a round-robin tournament featuring seven games over the coming six months, with the final ties being held in March 2020.

Played over five rounds, the Panmure Pairs event is a knock-out competition which takes place between October and December.  Nineteen pairs are entered into the early stages of this season’s tournament.

A team game of skill and precision, curling is a native Scottish sport which is still widely played throughout the country.  Originally an outdoor sport played on frozen lochs, curling is today predominately played indoors in purpose-built ice rinks, with outside bonspiels organised when conditions permit.

The sport rose to national prominence in 2002 when Rhona Martin and her team delivered Great Britain’s first Winter Olympics gold medal in 18 years when they won the women’s competition at the Salt Lake City games.  Since then, Scotland’s male and female curlers have won numerous world titles and secured several Olympic and Paralympic medals.

Encouraging people to switch off

Gerry Grant, chief security officer at Converged, and a keen curler, said: “We are very pleased to support Dundee Ice Arena by sponsoring these two competitions during the current curling season.  Although technology plays an ever increasing role in our lives, it is important that as a technology company we encourage people to switch off and enjoy participating in sport as part of an active and healthy lifestyle.

“Curling and the delivery of our services have some similarities.  Precision, speed, teamwork and establishing guards are as important in curling as they are to the Internet connectivity, telephony, IT support and cyber security services we provide to our clients across the country.

“We wish all of the teams taking part in both competitions good curling and the very best of luck.”

David Jones, Scottish Curling’s development officer in Dundee, said: “We are delighted to be working with Converged Communication Solutions and would like to thank them for helping us support local curling at Dundee Ice Arena.”

To encourage more people of all ages to take up curling, Dundee Ice Arena is holding come and try curling sessions over the coming months.  For more information, visit www.trycurling.com. 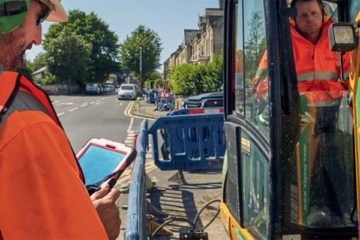 In October 2021, CityFibre hit a major milestone when it passed 500km of fibre cabling laid across the Granite City, three years on from when work got underway on its network. Now, with huge demand for full fibre services, additional areas are being added to the rollout.

Converged has launched GraniteGiG, which offers residential customers in Aberdeen access to super-fast full fibre broadband from a local provider. To date, Converged has focused on delivering its services to business customers. However, with employees at many of these companies now working from home, Converged is looking to meet the demand for faster internet connections in private residences.